Disclaimer: This is an apolitical post and is intended to be and should be read as an exercise in marketing strategy only.

In a televised debate leading up to the Singapore 2020 General Elections on 1 July, PAP’s Holland-Bukit Timah GRC leader, Vivian Balakrishnan, commented that the opposition party’s manifesto outlined positions so similar to that of the PAP that the Workers’ Party is just a lite version of the PAP.

The “PAP-lite” label is an example of an effective repositioning strategy.

First, here is a crash course in positioning.

“The basic approach of positioning is not to create something new and different but to manipulate what’s already up there in the mind, to retie the connections that already exist.[1]”

While there are several fundamental characteristics of a strong position, one of them is to create a position with the competition in mind.

This is where repositioning comes in; specifically, the tactic of repositioning the competition. And, that is what the incumbent party has done by labelling Workers’ Party as “PAP-lite”.

“PAP-lite” suggests that the Workers’ Party, while competent, does match up to the PAP. This repositioning campaign continued in a Facebook Live session on 5 July, where Prime Minister Lee Hsien Loong said:

“As Vivian said on the TV debate a few days ago, this is PAP-lite. But I tell you, why do you want to settle for PAP-lite? The real thing is much better.”

This is a powerful positioning strategy like when pioneer brands tell their customers to buy the original and not to settle for imitators.

To casual observers or swing voters, this may be enough to convince them to vote for the “real thing”.

However, like a jujitsu or judo practitioner, it is possible to counter a strong position in one’s favour.

Here is how the “PAP-lite” repositioning strategy can be reframed to work for the Workers’ Party instead of against it.

This is the nature of repositioning the competition against yourself. You are giving credence to the competitor while pointing out they are inadequate at the same time.

This strategy is bullet-proof if that inadequacy cannot be reframed. However, in this case, the inadequacy of being “lite” can be reframed, which is where the opportunity lies.

Workers’ Party should embrace the label and agree that they are indeed “PAP-lite”, “lite” of all the negative aspects that they think PAP brings to the table.

It is just like how a diet food might market itself – The same great taste, without the calories. Calories = bad stuff.

So, Workers’ Party should take the “win” that PAP gave to them and double down on it.

They should claim that they are indeed “PAP-lite”, but the better version of PAP sans the “bad stuff” (whatever Workers’ Party might deem that to be)

“Lite” can also be reframed positively in different ways. It could be creatively defined as more agile, faster, fresher (more relevant) and streamlined (unencumbered by bureaucracy or tradition).

They can even go further and make a case that they are “PAP-lite and more” by highlighting policies or ideas that separate them from the incumbent.

While not a slogan for their campaign, this counter repositioning strategy can be weaved into different narratives during interviews, debates, speeches and walk-about sessions.

How do you think Workers’ Party can counter the “PAP-lite” label? Let me know in the comments below.

J C Sum is a certified management consultant (TR 43:2015), an American Marketing Association Professional Certified Marketer (PCM®) in marketing management as well as a certified digital marketing strategist (SSG-WSQ accredited) with 12 years of experience specializing in search engine optimization, content marketing, and analytics. J C holds a Bachelor of Arts from National University of Singapore and is the author of "Evolve, Adapt or Collapse". He has been featured on The Straits Times, Business Times, Channel News Asia, The Edge Singapore, CNA938, and Money FM 89.3.

Why Positioning Strategy is a Powerful Marketing Concept 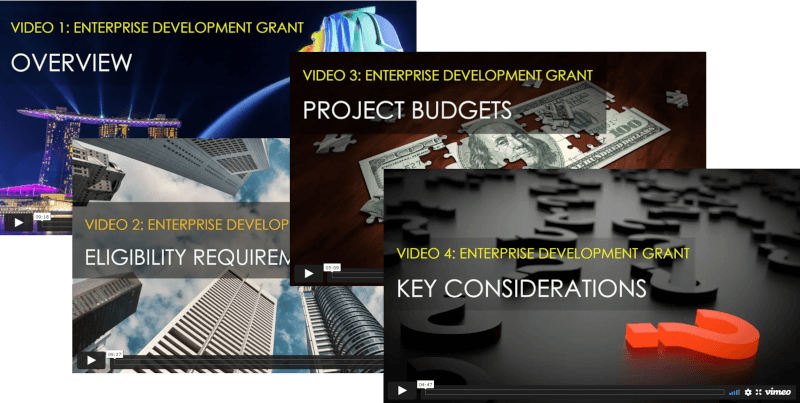